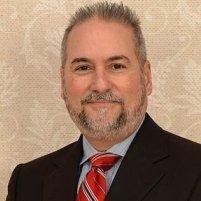 It’s estimated that as many as one in ten American adults has restless leg syndrome, an uncontrollable parasomnia disorder, which causes near-constant leg movement during sleep, usually in an effort to relieve discomfort or pain. Restless leg syndrome can make it very challenging to get a good night’s rest, which is why board-certified sleep medicine specialist Dr. Domingo Rodriguez-Cué is committed to providing natural, effective solutions. To learn more, call your nearest SleepCues office in Wilson, Raleigh, or Clayton, North Carolina, or book your appointment online today.

What is restless leg syndrome?

Also known as Willis-Ekbom disease, restless leg syndrome (RLS) is a condition that causes the irrepressible urge to move your legs while at rest, usually because they feel achy or uncomfortable. For people with RLS, leg movement offers temporary relief from these unpleasant sensations.

The leg sensations associated with RLS have been described as a near-constant feeling of crawling, creeping, pulling, throbbing, aching or itching that occurs within the legs, rather than along the skin.

These uncomfortable sensations usually begin after an extended period of sitting or lying down, causing an overwhelming urge to move, either by stretching or jiggling the legs or by standing and walking.

While it’s not uncommon for people with RLS to experience symptoms during the day, symptoms tend to be worse at night, which disturbs sleep.

While researchers haven’t pinpointed a specific cause or set of factors that give rise to RLS, they have discovered that the condition appears to be linked to an imbalance of dopamine, the brain chemical that helps produce smooth, controlled muscle movement.

RLS also appears to have a genetic component, as it tends to run in families — roughly 70% of all children with RLS also have a parent with the disorder. Ironically, sleep deprivation from a separate sleep disorder (such as sleep apnea) can trigger or exacerbate RLS in some people. Addressing the primary sleep problem often helps relieving symptoms.

How is restless leg syndrome diagnosed?

The International Restless Leg Syndrome Study Group put together a list of criteria to diagnose RLS and Dr. Cué uses this list. In addition to evaluating the nature, severity, frequency, and timing of your symptoms, the assessment also requires Dr. Cué to investigate other possible causes of your symptoms.

How is restless leg syndrome treated?

Finding the RLS solutions that relieve your symptoms is not only essential in helping you get a good night’s sleep, but it’s also important because untreated RLS tends to worsen over time, causing more intense symptoms and becoming more interruptive to sleep.

Although there’s no single approach, therapy, or medication that works for all RLS patients, many people find significant relief by treating an associated medical condition, such as nerve damage, diabetes, or iron deficiency anemia.

Lifestyle changes that can help relieve mild to moderate RLS include:

Based on your specific needs, Dr. Cué can help you find the most effective — and most natural — solutions to relieve your symptoms and help you get the sleep you need.